Christmas and Eritreans celebrating it:

(As part of our BTW fun stories)

One of my friends asked me, “Do we say Merry Christmas and Happy New Year, or is it Happy New year and Merry Christmas?” At first I was a bit puzzled, but then I started smiling as I understood what my friend wanted to say. Then he quickly added, “Perhaps it should be ‘Merry Christmas, Happy New Year and Merry Christmas again!” I started laughing loudly admiring how he came up with this noteworthy saying as I realized that we Eritreans have two Christmases to celebrate. Have you never thought about it before? It is true that the Eritrean society celebrates Christmas twice in a space of 14 days, one that is on the 25th of December and the other on the 7th of January.

Speaking of the Geez calendar, some people refer to it as the Ethiopian calendar, but I think the correct term should be Geez calendar. I have read that, Eritrea is among the first countries which embraced the great world religions Christianity and Islam. I would like to hear some opinion on this as I have heard the church based Geez calendar and Christianity itself was introduced first in Eritrea before the rest of Ethiopia became Christian.

What’s the best thing about Christmas?

Christmas celebrations generally include attending church services, carol singing, preparing special meals, decorating the Christmas tree, exchanging gifts, and viewing a seeing play. Christmas day celebrations are especially looked forward to by children, because according to the beliefs children get gifts from Santa Claus or Babbo Natale as is called in Eritrea, name being inherited from the Italians.

By the way, Christmas day is generally a public holiday in many countries including India.

Some of my favorite things about celebrating Christmas, especially back home in Eritrea, were going shopping and doing groceries. I remember I used to go with my dad to the open marketplace (Edaga Hamus) to buy a sheep or a goat for the holiday. People usually check an animal before purchasing to ensure it provides enough meat. There is no fixed price for the animals; hence, both buyers and sellers negotiate until they reach what they think is a fair price. Making a deal is a long and funny process. I remember as a kid, the usual price of a goat or sheep used to be less than 100 birr.  The good old days! However, during the Derg occupation and when Asmara was under siege the prices of animals skyrocketed and became more than 400 birr for a single goat or sheep. Mind you, a decent job at that time was paying 300 to 400 birr per month across Eritrea. There was this popular joke at that time; a buyer chooses a better looking goat among the herd and asks the seller how much it cost. The seller responded, “ARBATEN FEREKAN” which means four hundred fifty birr. The buyer would respond sarcastically saying, “I did not ask you for the time, I think I asked you for the price of the goat!” 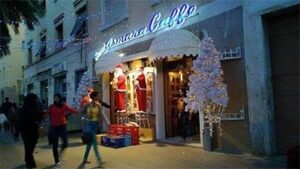